Roundtable Takeaways: Planning a Day of Giving During COVID-19

BoostMySchool hosted another roundtable event this week, where 16 participants discussed the pros and cons of planning a Day of Giving during the COVID-19 pandemic. Many schools are moving forward with fundraising by planning their Day of Giving in late May or early June. However, teams are placing more emphasis on caring and community building.

The Success of a Giving Day Depends on the Messaging

Advancement teams have found they must change the language they are using to communicate with their constituents ahead of their giving day. One school decided to use a group of parents to get their message out to the community. Having parents reach out via email helped connect donors with the school on a more personal level and the school saw an increase in donations on the day of.

Other schools have found that communicating with their constituents about fund allocation ahead of time helped frame the reason for having a giving day. For example, letting donors know that hitting a certain goal will help defray the cost for the 25% increase in financial aid applications and help affected families return to the school can go a long way.

One school had its most successful day of giving yet by incorporating a message of giving back to their hard-hit community. The decision was made to offer 24% of the funds raised on their day of giving to two local food shelters. In addition, they incorporated challenges where they partnered with local businesses to give out food to the shelters if certain challenges were unlocked. Overall, the campaign was a huge success since it had a humanitarian component that really spoke to the population.

Creating Donor Engagement During a Day of Giving

Having a day of giving without students on campus can be a difficult decision. However, some teams have come up with creative ways to integrate on-campus events. One school invited parents to drive to their campus for a car parade. They hired a juggler and other entertainers to put on a show while participants drove by.

Another school has a tradition of planting flags for every gift received on the green in front of the school. This year, they asked senior students to take turns being at the school to plant the flags. Each hour, a different senior student would be there to plant flags while streaming a Facebook live event.

People need fun right now and the general consensus is not to shy away from adding elements of fun during a day of giving. Some schools are opting for mailable giveaways for different challenges and others are highlighting the healthcare heroes in their community. Although this is a difficult time for many, showing that a school cares about their community by adding fun elements to their giving day can be well received. 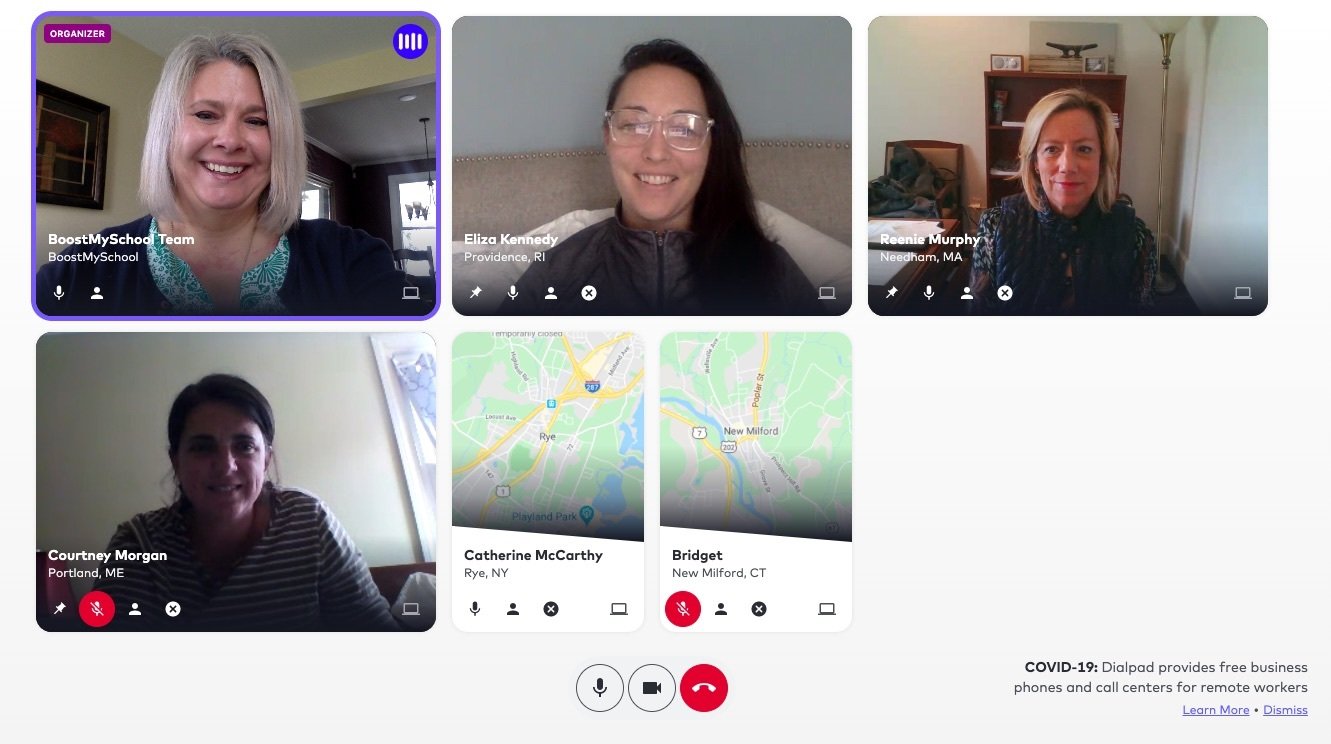 Schools are finding it difficult to set a monetary goal for their giving day, instead opting for the number of gifts as their main goal. One school encouraged younger donors and alumni to give $5 via Venmo, and opted to show the number gift on their donation page. By not sharing the donation amounts, they received many $5 gifts that counted toward their goal.

Another school used the number 24 as an increment, asking their donors to give just $24, and found out that donations of $240 and $2,400 were also being made. They incorporated a challenge where once they reached 124 gifts, a local restaurant would donate 124 meals to a food shelter.

One school decided to forego their goal for their day of giving. After receiving over 500 gifts last year, they didn’t feel right to set a similar goal. Instead, they are focussing on the impact the gifts will make on the school and are asking their constituents to write notes to teachers and staff if they are not able to give.

The follow-up message on the day after is equally important as the messaging leading up to a giving day. Donors, more than ever, want to know the impact of their contribution and see a breakdown of fund allocation. There’s a sense of pride donors feel when they know their funds are helping a family in need or to update much-needed technological learning tools during this difficult time.

Many advancement teams are adding donation levels as part of their campaign strategy to offer a sense of contribution for donors. Many of the donation levels include the impact on families in their community. As an example, a $2,500 contribution will buy lunch for a child whose family was impacted by COVID-19 for an entire school year. By being more transparent with their fundraising efforts, advancement teams are finding a higher success rate in raising money during this difficult time.

Overall, schools feel like they need to continue their fundraising efforts to further the mission of their school during this difficult time. They understand that not all their constituents can or will give. By not asking or by canceling their giving day, they are making the decision for their donors. The decision to have a day of giving right now should not be shrouded by what donors will think since there are many donors who are willing to help.

Caroline is the Director of Community at BoostMySchool. Having worked in a private K-12 school, she understands the importance of school fundraising and keeping schools sustainable for the future of generations to come. She is an advocate for education and currently has two kids in a private K-8 school.